Plexistab Bulgaria is the leading manufacturer of PVC hoses on the Eastern European market. The company was born in the year of 2000 as a result of a cooperation between Plexaco, Greece – world’s leading PVC hose producer at the time and Stabil Engineering, Bulgaria – a young but very fast-growing family business.

In 2012, following a number of changes, Stabil Engineering became the sole owner of Plexistab Bulgaria. In addition, Plexistab joined Stabil Group – a family holding, which includes six companies with diversified activities, presented in the local and international markets, but initially united by true family values and morals.

Today, Plexistab Bulgaria is the owner of 10 000 m² industrial land and 3140 m² modern buildings, which are specially designed and built for production and warehouse of PVC reinforced hoses. The production capacity of the enterprise reaches 3500t/year, and 91% of the production is being exported worldwide. Plexistab distributes its products to more than 20 countries on four continents – Africa, Asia, Europe and Australia.

An ambitious and cohesive team takes care of the production and marketing of our product range, divided in four main product brands, with applications in agriculture, industry, ventilation, cable protection, swimming pools, garden and more: 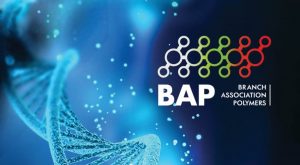